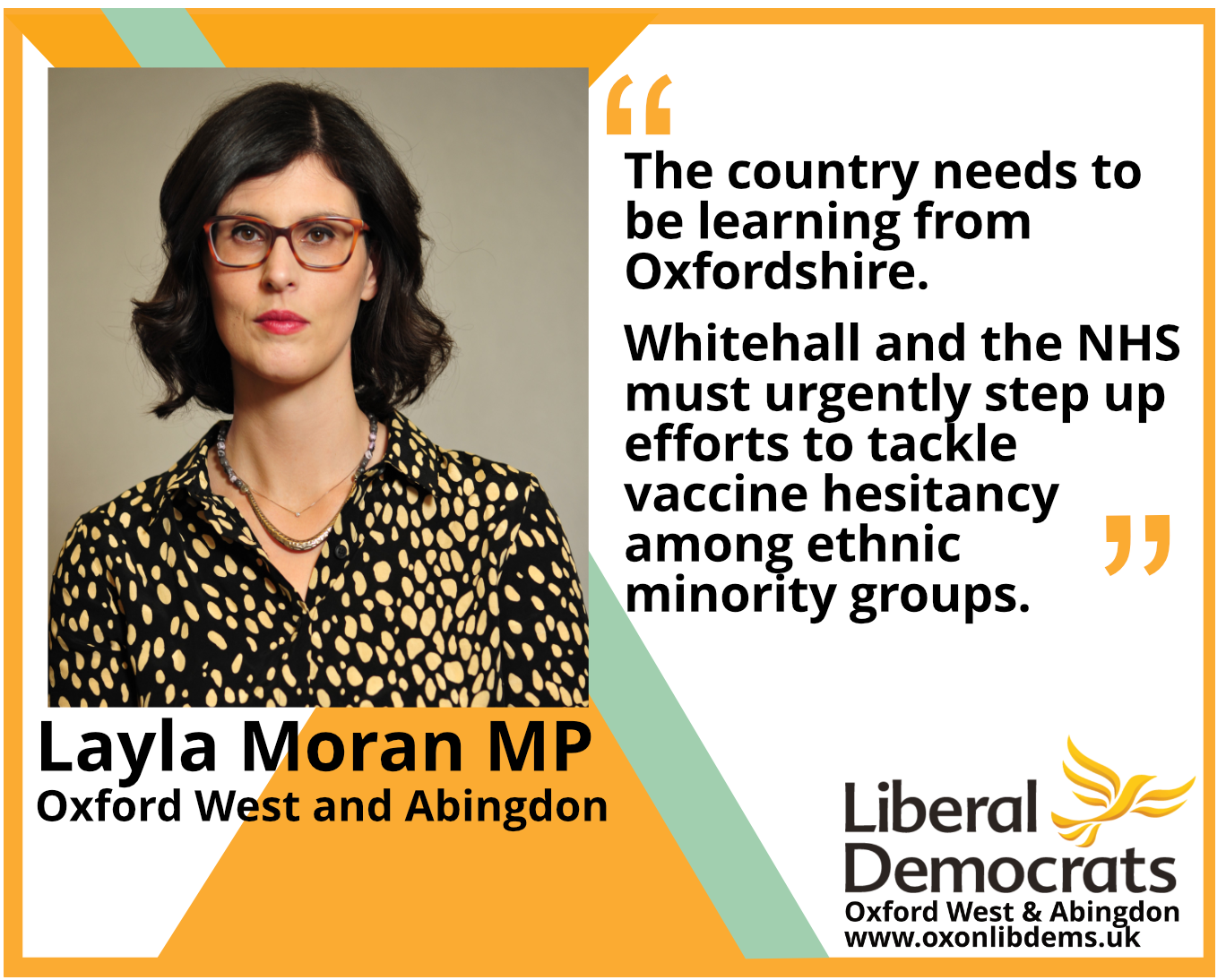 Responding to news that vaccination rates among those over 70 from ethnic minority background in England are markedly lower than the national average, as revealed by new ONS figures, with over four in ten of those from a Black African background not yet receiving a first dose of the vaccine, Layla Moran MP said: “These stark figures reveal the deeply alarming low uptake of the vaccine among ethnic minority groups, who we know are particularly vulnerable to serious disease from Covid-19.

Layla said “This confirms the evidence our cross-party inquiry heard last month, which underlined the need to work with local communities, leaders and places of worship to build trust in the vaccine. That’s something we’re doing really well here in Oxfordshire, with videos in other languages from NHS staff encouraging trust in the vaccine and reassuring residents, and community groups organising events.

“The country needs to be learning from Oxfordshire. Whitehall and the NHS must urgently step up efforts to tackle vaccine hesitancy among ethnic minority groups. That means building on some of the successful community-led initiatives we have seen, rather than relying on national campaigns from central government. They need to look at our local successes and apply them elsewhere.”