Over 3,000 EU citizens in Oxfordshire stuck in Home Office backlog as cliff-edge looms 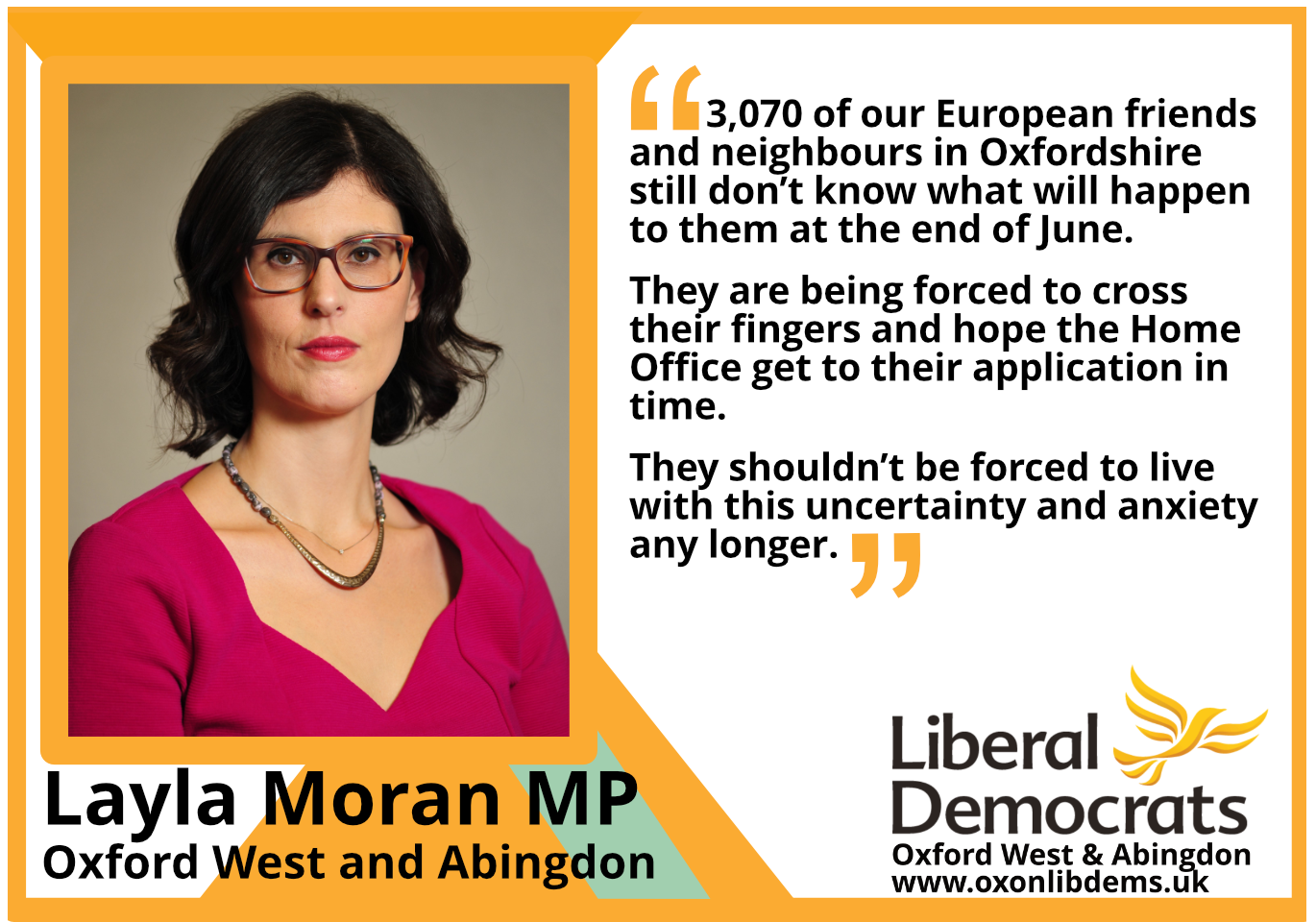 Layla Moran is calling for all EU citizens in the UK to be given the automatic right to stay, as new figures reveal that over 3,000 living in Oxfordshire are still waiting for the Home Office to process their applications – with just five weeks to go before the Government’s deadline.

The figures also reveal that almost 30,000 people in Oxfordshire have only been granted temporary ‘Pre-Settled Status’. In total, 33,030 Oxfordshire applicants have still not been given the permanent right to stay.

The latest EU Settlement Scheme statistics show that, as of the end of March, there have been nearly 67,000 applications from people living in Oxfordshire, but only just under 64,000 of these have been concluded, leaving over 3,000 in limbo. The party is warning that those who aren’t given ‘Settled Status’ by the 30th June could become the victims of “a new Windrush-style scandal”.

Responding to the figures, Layla Moran said “3,070 of our European friends and neighbours in Oxfordshire still don’t know what will happen to them at the end of June. They are being forced to cross their fingers and hope the Home Office get to their application in time. It is also really worrying that a total of 33,030 do not have a permanent right to stay in the UK. The people of Oxfordshire deserve that certainty and we should be allowing all EU Settlement Scheme applicants the automatic right to stay.

“EU citizens who’ve made their lives in Oxfordshire contribute enormously to our economy, our public services and our society. They shouldn’t be forced to live with this uncertainty and anxiety any longer.”

Liberal Democrat Home Affairs Spokesperson Alistair Carmichael added “Boris Johnson promised all EU citizens the automatic right to stay, but this enormous backlog and the growing number of refusals show that the Settled Status scheme is anything but automatic. It’s not too late, but the Government must act now to prevent a new Windrush-style scandal in just a few weeks."