Layla Moran has warned the country “deserves better” than a Prime Minister siding with Vladimir Putin during PMQs by denying the country a People’s Vote. 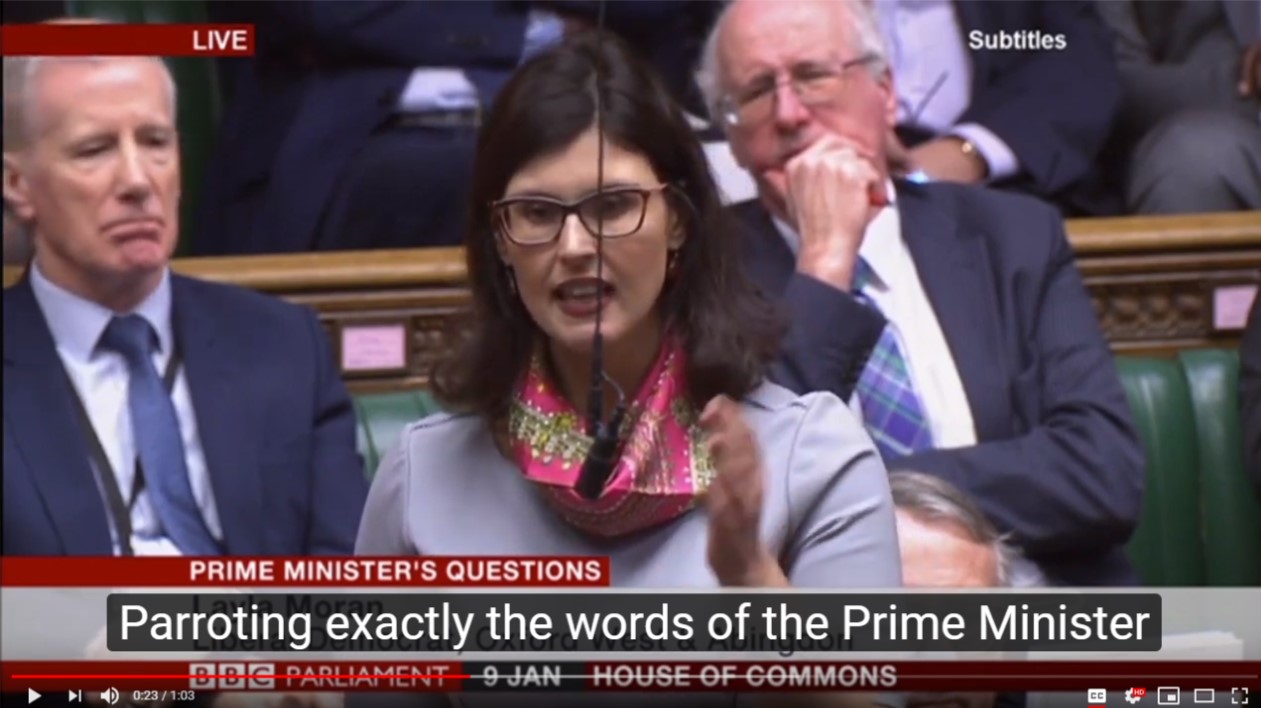 Speaking during Prime Minister’s Questions, Layla Moran said “Brexit is evidently in Russia’s geopolitical interest. So it was chilling to hear Vladimir Putin emphatically endorse the Prime Minister’s position to deny the people the final say on her flailing deal in his press conference before Christmas.”

The Liberal Democrat MP added: “Meanwhile, poll after poll shows a majority for a peoples vote as it becomes clear just how damaging Brexit would be. Mr Speaker, whose side is this Prime Minister on? Putin, or the people’s?” In response, the Prime Minister agreed with Putin in rejecting a People’s Vote.

“There you have it. When it comes to giving the people the democratic right to judge her Brexit deal, this Conservative Prime Minister chooses to shamefully agree with Putin and deny the people a voice.