Layla Moran is calling on the Government to protect free-to-use cash machines to protect small business and elderly residents as Oxford West and Abingdon is named in the top 5 parts of the country for number of ATMs it has lost. 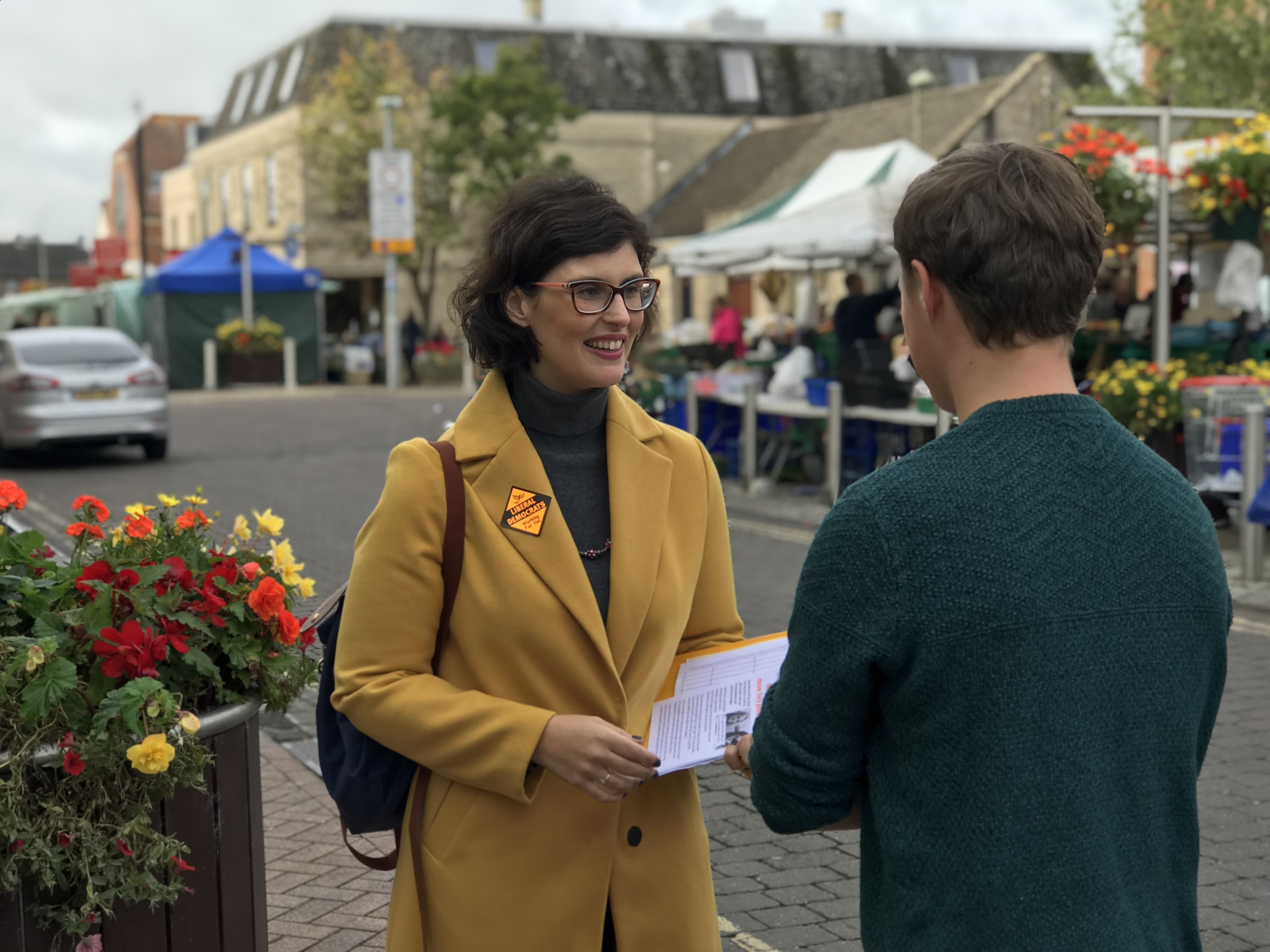 Layla Moran MP in Kidlington village centre, where a cash machine was last when Nat West closed in June 2018

ATMs in Kidlington and Botley village centres and on the high street in Summertown are among those which have closed in recent months and years, partly due to bank branch closures and redevelopment plans.

Across the Oxford West and Abingdon constituency 13 cash points were lost between December 2017 and July 2018 according to figures from operator LINK. Whilst 59 free cash machines remain, the constituency is the fifth highest in the country for the number of ATMs lost.

Local MP Layla Moran has been supporting a campaign in Parliament to protect free-to-access cash machines following changes to industry fees earlier in the year.

LINK has promised to maintain free access ATMs where needed and to replace any machines withdrawn by operators from disadvantaged areas, but there are fears that this promise may be reversed by shareholders if cash points become unsustainable.

“The industry has recently cut transfer fees in the ATM system between banks and the operators involved, which means many cash machines may become unsustainable making this problem even worse.

“If an area doesn’t have easy access to cash this can have a huge impact on surrounding small businesses. As more and more bank branches close, people are starting to worry that whole communities may be left without a cash machine at all and that is a real worry, especially for older or vulnerable people who don’t want to use online banking apps or contactless payments.

“I know how frustrating it is to have to pay to take out your own money, and I think the Government has a role to play to make sure that LINK and the banking industry continues to provide a decent number of free to use cash points across our high streets, towns and village centres.”