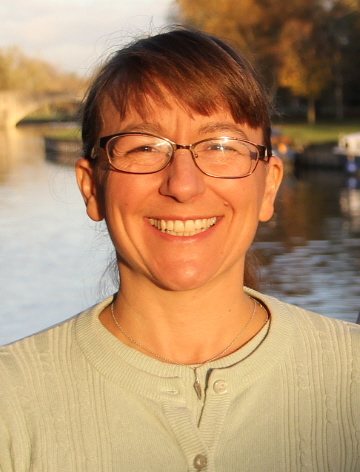 Samantha has a solid track record of working for south Abingdon where she has lived for nearly 20 years.

She strongly supports investment in better play facilities for children and young people, opposes the Conservative proposals to close the Open Air Pool and strongly backs a skate park for south Abingdon.

Samantha shares the strong concerns about the Conservative decision to move the move the Marcham Road crossing and presented a petition against the plan to the County Council.

During her year as Mayor of Abingdon last year she was delighted to meet so many people working hard for the local community.  As Town Councillor for the current Ock Meadow Ward, and in her previous term as district councillor, she has always worked hard and kept in touch with local residents.

Samantha supports the Abingdon Green Gym and has worked hard to support the Transition Town initiative. She is a member of Abingdon Baptist Church on Ock Street.

Samantha is mother of four children who have, between them, attended Riverside pre-School, St. Mary’s Day Nursery, Abingdon Kindergarten, Thameside and Carswell Primary Schools, John Mason and Fitzharry’s Secondary Schools and the College.