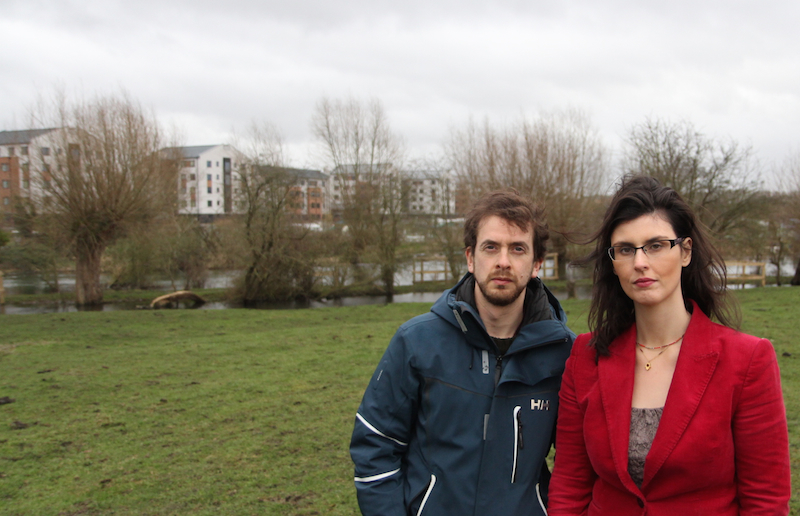 The only way to address the serious harm caused to Oxford’s skyline by the building of the Port Meadow flats is to remove the top floor, according to the Liberal Democrat Parliamentary Candidate for Oxford West and Abingdon, Layla Moran.

The option is the most radical of three proposed in the University’s own Environmental Impact Assessment, which is now out for public consultation and closes 19th December.

Layla said: “This consultation should have happened at the very start of the process. If the information available now had been presented to the City’s councillors before they were built, there is no way they would have allowed this carbuncle to have happened.

“Only option 3 in the report - the removal of the top floor - reduces their adverse impact  from ‘substantial’ to ‘slight’  and so I believe this is the only acceptable mitigation Oxford City Councillors should accept.

“The Labour-run administration has consistently failed to fix the broken planning system they created and now they must step up to the plate and right the wrong that has been allowed to occur.”

The Liberal Democrat Candidate for North Ward, Tim Bearder, said: “I have spoken to hundreds of local residents who are completely dismayed by the terrible damage that has been done to Port Meadow by these flats.

“Only option 3 goes some way to restoring the iconic view of the dreaming spires and so only option 3 will suffice. Anything less will demonstrate an utter contempt for the views of the city’s residents and our cultural heritage.”

The Liberal Democrats may use the information you provide, including your political opinions, to further our objectives and share it with our elected representatives. Any data we gather will be used in accordance with our privacy policy: www.libdems.org.uk/privacy You can exercise your rights and withdraw your consent to future communications by contacting us: [email protected] or: DPO, Lib Dems, 1 Vincent Square, SW1P 2PN.