Following a meeting of the Vale's Planning Committee on Wednesday 3rd December, the proposed plans for the re-development of West Way shopping centre have been turned down. 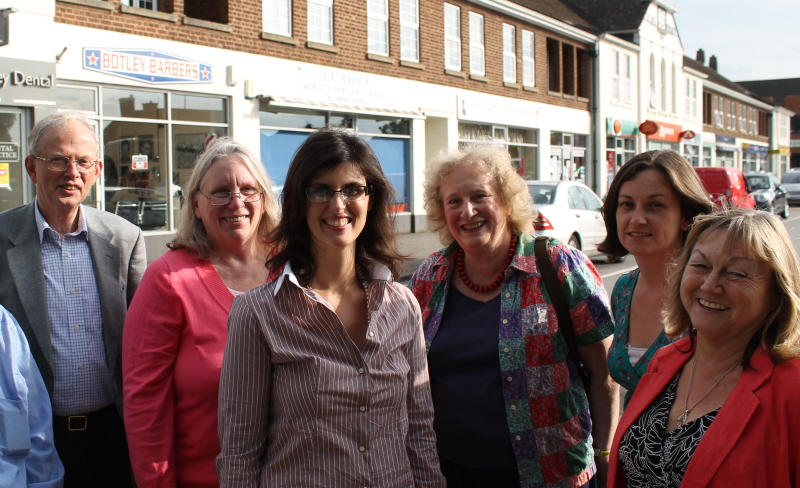 Cllrs Dudley Hoddinott, Debby Hallett, Janet Godden, Judy Roberts, local resident Emily Smith and Parliamentary Candidate Layla Moran, are thrilled that the Vale's Planning Committee has listened to the hundreds of residents who objected to the plans for the re-development.

Oxford West & Abingdon Parliamentary Candidate, Layla Moran, and the local Liberal Democrat team are delighted at the decision by the Vale's Planning Committee on the evening of 3rd December to unanimously turn down the proposals for the re-development of Botley's West Way centre.

After a long campaign, which has seen the community come together in its opposition of a grossly out of keeping re-development of the West Way and Elms Parade shopping district, the result has finally come out in favour of the majority of residents' views.

Commenting after the meeting, Layla said: "Few would deny that West Way could do with a face lift, but this project was entirely inappropriate for Botley's local community. I am delighted that the Vale's Planning Committee have seen sense and decided to reject the proposals.

"This development was wrong for Botley and wrong for the Vale and it was the right decision to reject it."

The developers can still appeal this decision and their case could be a strong one as the planning officers recommended approval of the application. Layla and the local Lib Dem team are calling on the Vale and County Councils to line up the necessary resources to fight any appeal by the developers. If you agree with this, please follow the link below to sign the petition.